George Town Festival, now in its ninth year, is right around the corner and this one’s going to be a crowdpleaser. Mark your calendars because from August 4 – September 2, daily activities that showcase the talent and creativity of the region will be taking place.

There are dozens of venues for the varied and unique events – from traditional auditoriums like Dewan Sri Pinang to shophouse walls, corner cafés, cathedrals, and more. Thanks to its vibrant architecture, narrow alleyways, and friendly locals found in every corner, George Town’s city streets are some of the most atmospheric and welcoming making them the perfect stage for highly acclaimed acts.

Every year, this visual spectacle features a blend of local and international performances, acts, and exhibitions. The hugely diverse line-up, encompassing everything from visual art, dance, music, theatre, and film ensures that there is something for everyone.

This 2018, avid followers and first-timers alike won’t be disappointed. They have attracted over a million attendees (1,365,937 to be exact!) classifying this festival as a major arts event not to be missed not just in Penang, Malaysia but in Asia as a whole.

Here’s what to expect from their opening weekend:

What: An annual short film festival which consists of a competition, film screenings, workshops, forums, and talks that aim to bring all 10 Southeast Asian countries closer together and to instigate dialogue between the neighbouring areas.

What: This production is an entertaining blend of two cultures. In Between Tiny Cities, Cambodia and Australia are united by three things: love for hiphop, dance, and the celebration of masculinity.

What: The chamber choir, which has its roots in the German city of Dresden, will be performing a sacred ensemble of secular German and European music from the 16th to the 21st Century. This world-class act that has won international awards from all over the globe is not one to be missed.

Where: St. George’s Church and The Star Pitt Street

What: A homecoming exhibition by highly acclaimed photo journalist David ST Loh who has had stints with Star Malaysia, The Reuters and currently, The Malaysian Insight. The installation aims to celebrate the old, the new, and the beautiful mix of heritage and progress that has made Penang the gem that it is.

Where: Eastern and Oriental Hotel

What: A collaboration with Penang artists and local businesses. The festival organisers have announced a call to artists to submit works of art to be displayed and sold around town.

When: All day, August 4–September 2

Where: Various cafes around George Town

What: Dennis Lau, a photographer of Chinese-Melanau descent, showcases Sarawak’s native peoples in this exhibition.

#7 Special Screening of First They Killed My Father

What: If you haven’t seen this Netflix flick directed by Angelina Jolie which depicts the heartbreaking realities of the Communist Khmer Rouge regime, then now’s your chance to catch this historical thriller.

What: This one’s on the second week but we’re particularly excited about the Israeli “pianist with the golden hands” and the Penang Philharmonic Orchestra conducted by Ciaran Mcauley from Ireland performing classical tunes by Mozart, Beethoven, Schumann, and Grieg.

Believe it or not, that’s just the tip of the iceberg, see full list of programmes here.

Read also: On The Road: A Penang Food Guide for the Hungry Nomad 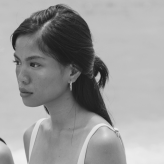 No plastic straws at Starbucks? You better believe it