Most new skyscrapers today still look pretty much like they did 60 or 70 years ago, with boxy shapes and lots of glass. Architects at Mexico City’s Studio Cachoua Torres Camilletti wanted to re-imagine what a skyscraper could look like — along with what it could do–with a concept for a new 92-story building that includes rice paddies, fish farms, an algae façade, a recycling plant, and even public transportation.

The building is split into two parts — one for housing and one for offices, retail, and entertainment spaces. The idea is that people could feel like they have a separate private life while still having the ultimate short commute. Tubes with trains or buses would shuttle commuters back and forth in mid-air.

Read also: Guy’s Guide: Some Crazy New Architecture You Need to Check Out 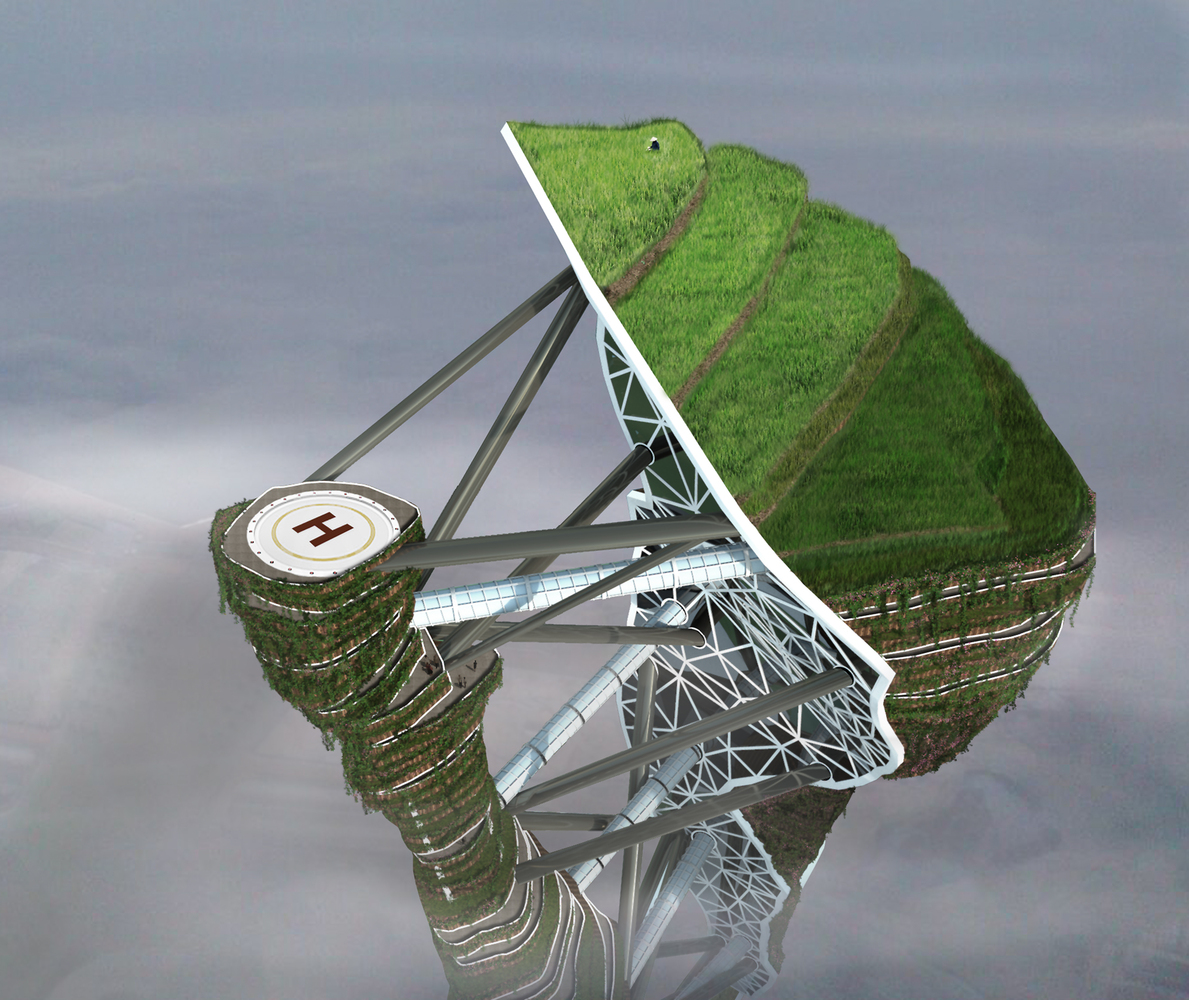 “We wanted the building to be able to show in the exterior its mixed-use character,” says Adrian Cachoua Oropeza, one of the architects. “So we split the two towers in their uses… This way it can actually be seen where the living spaces are and where the commercial and production happens and each can have its own character.”

Designed for a competition in Hong Kong, the organic shape of the building was inspired by its rice paddies. “The farming on the top of the building is an important symbolic gesture as well as an environmental one,” says Cachoua. “We wanted to have urban farming on the building, but rice being the crop of choice in China, it made obvious sense to have this staple crop.” 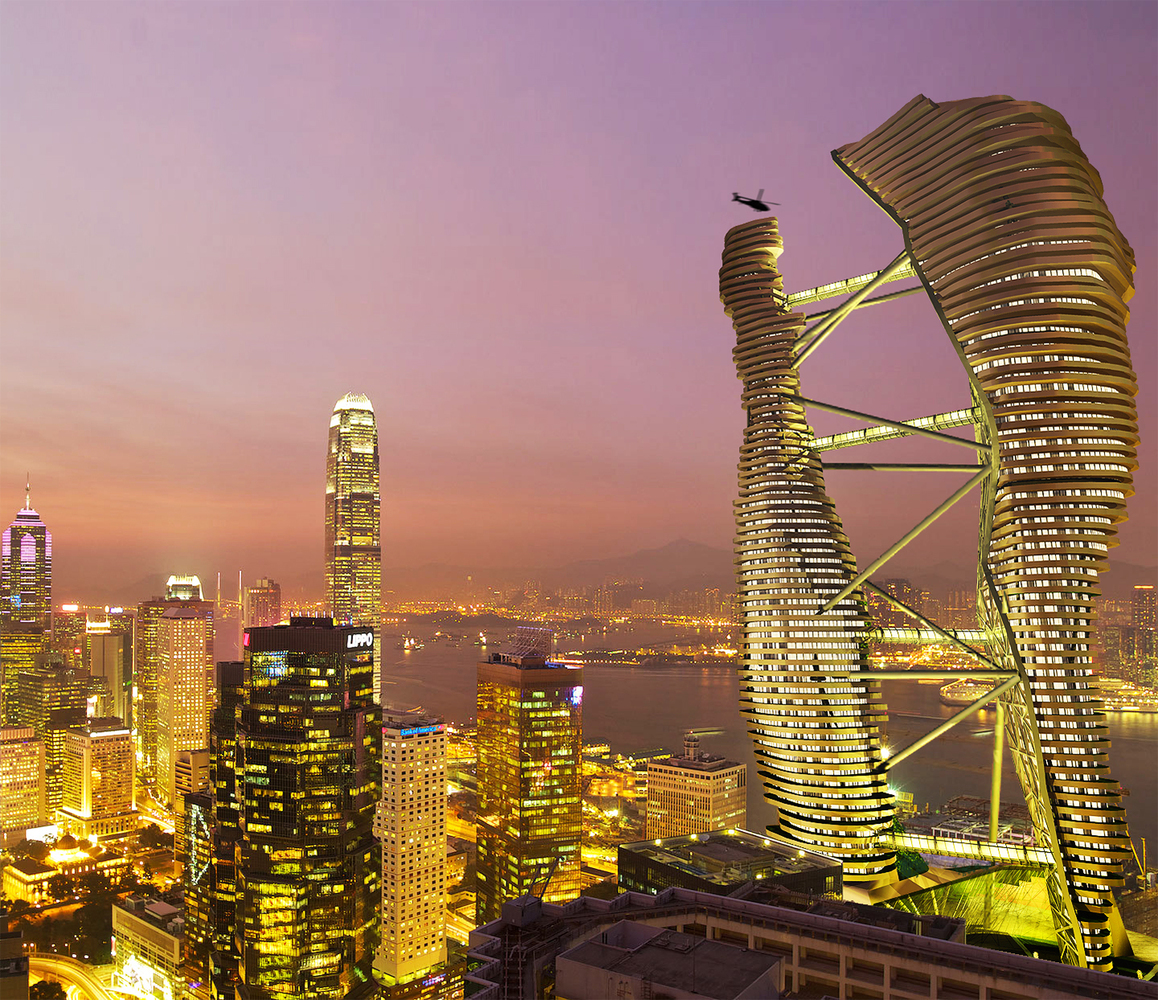 The building includes solar panels and wind turbines, but because neither could power the entire building, the architects also made the decision to add nuclear power. “This building is betting on the future generation of nuclear reactors, those defined as 4S (super safe, small, and simple) that are more economically feasible and have the capacity to power the entire structure,” Cachoua explains.

Speaking of great designs, check out these villas! 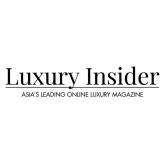 Insider Guide: 5 Great Places in Niseko You Should Know About