We’re big on Japan. Once a gem not too many people really knew about (“skiing in Asia??”), we’re seeing Japan as the top destination not just in winter, but famously so throughout summer. The two top ski destinations in Japan are Niseko, and our latest venture, Hakuba. So while our team of Nomads have been excitingly adding a whole list of luxury-approved properties, let’s help you decide on which destination you should head to. 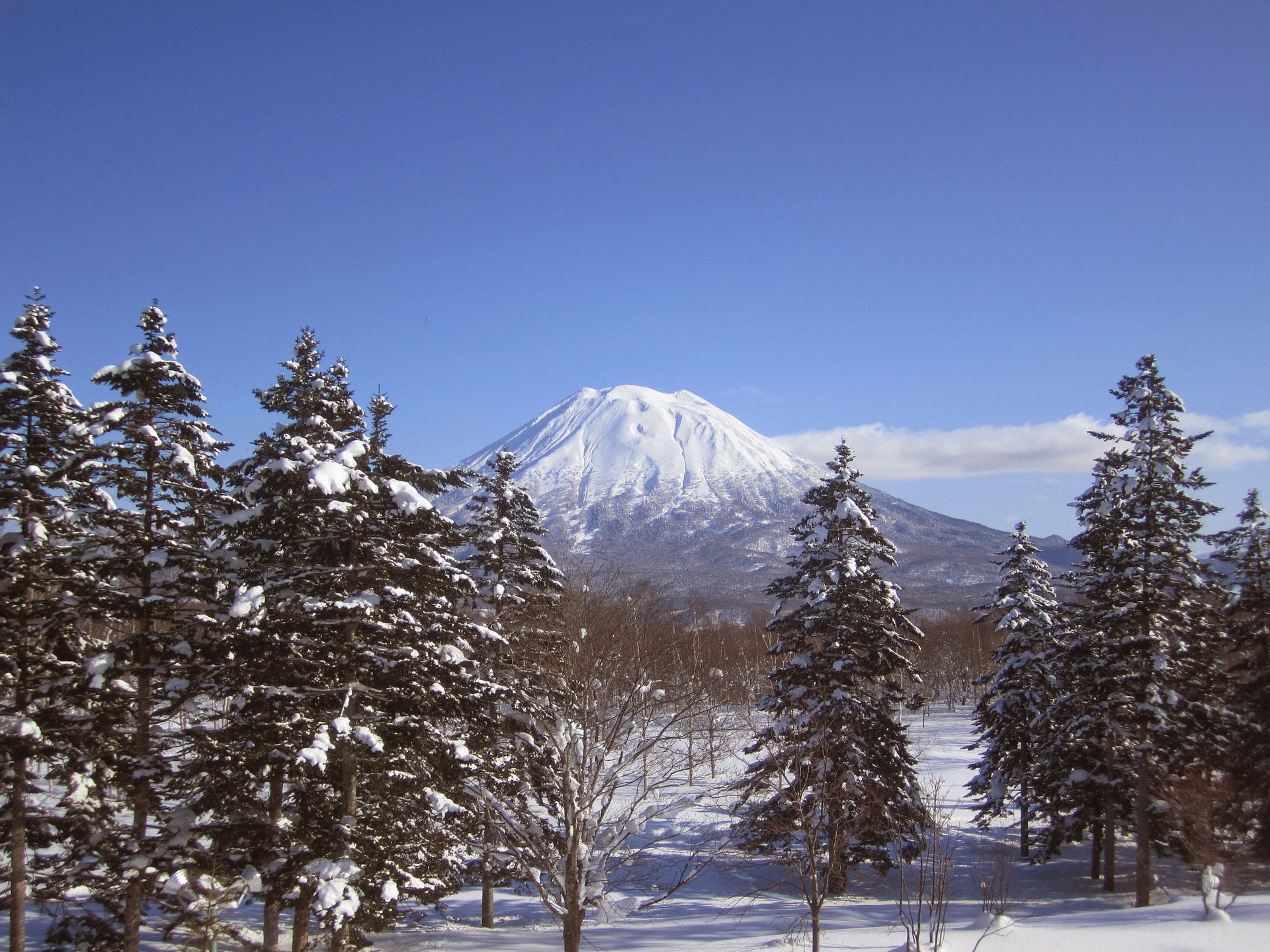 Why? Renowned as one of the world’s best ski destinations, Niseko, Japan makes for a great winter holiday for solo snow bunnies, couples, and groups. It’s known as the Alps of Asia and is framed by the views of Mount Yotei, a perk enjoyed from most hotels and apartments, as well as restaurants and slopes.

When to go: If you can’t make in the peak months of December to February, you might actually be getting the better deal (literally) if you book a stay in the shoulder season in March and April. The snow in January gets so intense, that if you’re not careful, you could just sink into it. True story. Ski season in Niseko in one of the longest in Japan, in fact most of the runs remain open until early May

How to get there: Fly to Sapporo Chitose Airport to Niseko in advance. Most accommodations will help to do it on your behalf and will require your confirmed flight details. There are plenty of bus companies that will take about 3 hours from Chitose airport to Niseko. Try Hokkaido Resort Liner or Whiteliner.

Where to stay? Another one of our favourites is Sekka Kan, close to the nightlife and onsens, and floor-to-ceiling windows for uninterrupted views.

Where to ski:  On a clear day, take the lifts right to the top and then ski down the wide slopes of Annupuri – this makes for one hell of an experience, and that’s just on the groomers. For those who like a little bit of sidecountry/backcountry, gates G1 and G2 are your best bet. When the G3 and G4 gates open, it’s like a scrambling race to see who gets up to the top first. There’s also skiing at Grand Hirafu, Hanazono, and Higashiyama.

Other activities: The Shiribetsu River is one of the best destinations for whitewater rafting in Asia. During winter, you’ll raft through ice cold water but things warm up in the summer, which also invites in better views of the stunning alpine forests. Niseko’s golf season runs from late April till mid-October at some of the world’s best golf courses. And, you can (and should) climb Mount Yotei! They have different courses for different levels of hiking. 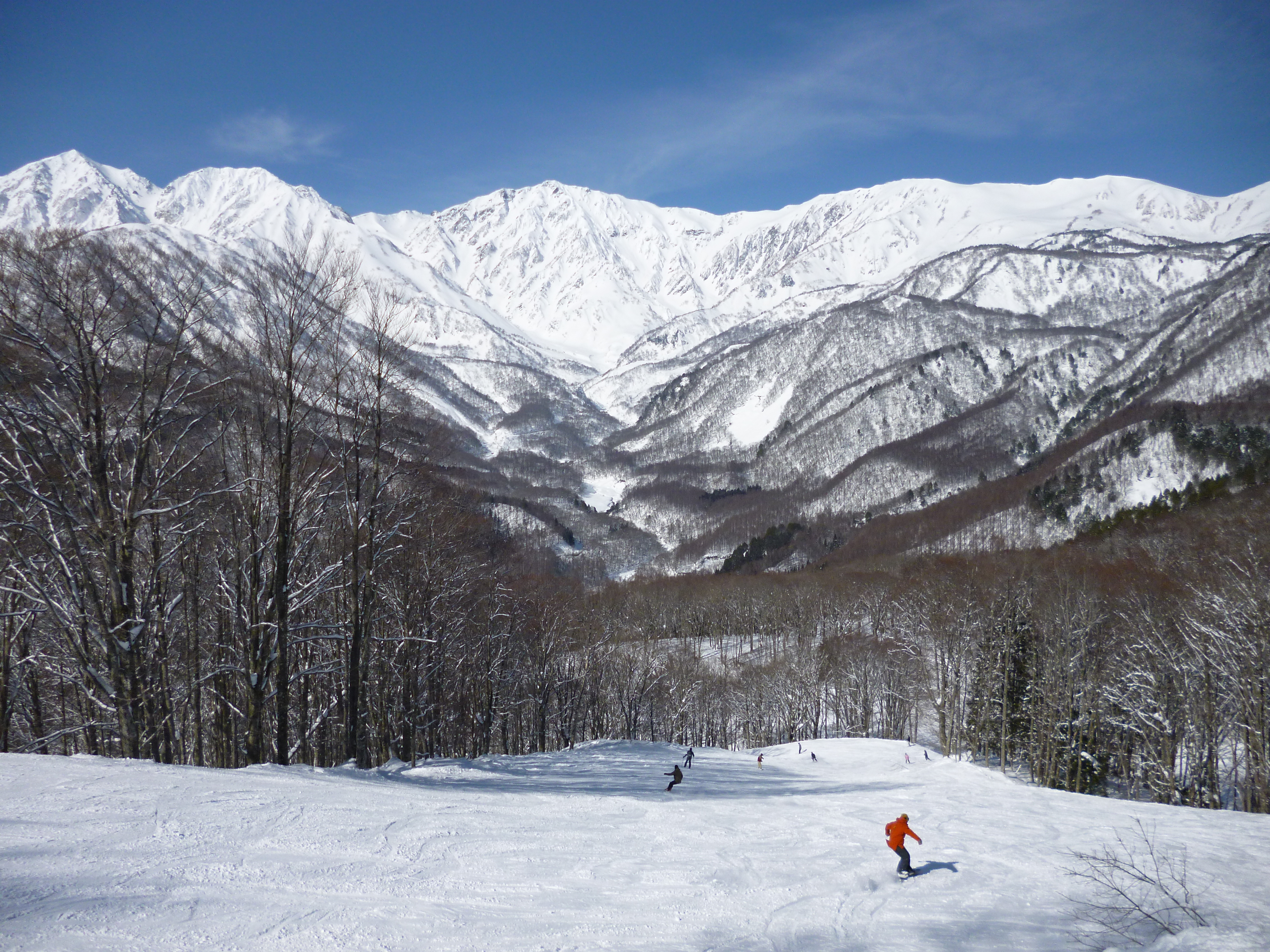 Why? What really sets Hakuba apart from other ski destinations is its charming village with a traditional small-town Japanese feel. Host to the 1998 Winter Olympic Games, Hakuba is known for its unparalleled snowfall, diverse terrain, breathtaking mountain views, and of course, that famous Japanese powder is known as Japow. This is a great place to not only earn your turns but also get an authentic taste of Japanese culture.

When to go: Hakuba’s ski season typically begins towards the end of November and continues right through until the beginning of May, as long as adequate snow covers the slopes. Mid-January to late February is your best bet for scoring powder as the base is set and snowfall is consistent, but big powder falls are also known to happen the first few weeks of March.

How to get there: Nestled at the base of one of the highest sections of the Northern Japanese Alps, Hakuba is just three hours from Tokyo. Fly into Narita, and from there you can take a train to Tokyo, hop on a bullet train to Nagano, and then a 4-hour bus ride to Hakuba. Or, you can opt to book a shuttle bus or shared taxi to take you directly from Narita Airport to Hakuba, which takes a bit longer.

Where to stay? Happo and Wadano are the two most popular villages to stay in. We love Phoenix Cocoon, a luxurious three-bedroom chalet in the heart of the Wadano forest, as well as Luna Hotel which sits above a delicious Japanese restaurant (try the Shabu Shabu!) and the best private onsen in town. There’s also the Marillen Hotel with ski-in-ski-out access to the base of Nakiyama slope.

Where to ski: The area boasts over 10 ski resorts, the most popular being Happo One which is great for families and beginners. For more advanced shredders, Cortina is a powder skiing mecca with no shortage of steep terrain and fun tree runs.

Other activities: Try a soba noodle making or origami folding class, check out local Japanese temples and castles, and visit Jigokudani Monkey Park to see wild monkeys soaking in a natural hot spring. Hakuba Village is great for sushi addicts and foodies too. After a day in the snow, we recommend soaking in a natural onsen or grabbing a pre-ski drink at one of Hakuba’s many izakayas, little Japanese bars with a casual, laid-back vibe.

Looking for the best deals on Niseko and Hakuba properties? Get in touch with us at [email protected] for exclusive rates at curated luxury stays. The Luxe Nomad’s complimentary concierge service will also help you book lift tickets, ski lessons, restaurant reservations, and more.

Fake it Till you Make it: 11 Ways to Not Look Like a Noob in Paris