“Does everyone ride a kangaroo to school?”
“Do you know Steve Irwin?”
“Do you live in the bush?”

If 10 years ago, an Aussie met someone who had never been to Australia, they’d almost certainly ask you those three questions. But now, thanks to the wonders of social media, people from other parts of the world understand there’s more to our country than marsupials, the red desert and khaki outfits.

But if you’ve never down under, you may be surprised by some of our rather unique slang and customs. So, if you’re on a mission to not look like a tourist when you visit Australia, we’ve rounded up some typically Aussie things you can say or do to blend in.

Read also: 10 hidden gems in Australia that are worth travelling to

No, this isn’t a stereotype. We really do call everyone ‘mate’, whether it’s the guy at the servo (service or gas station), our colleagues or even our parents. But what most people may not know is that ‘mate’ can actually mean different things, depending on the tone and how long you stretch it out. For example, “Maaaaate!” could be used to greet someone you haven’t seen for a long time, whereas a simple “Mate.” may be used to cut someone off in conversation.

Take the piss out of everything

In case that wasn’t confusing enough for you, it’s common for Australians to say “Yeah, nah” or “Nah, yeah.” To determine whether the statement is intended to be positive or negative, the key is to listen out for the second word. But if they say “Yeah, nah, yeah, nah” (which is known to happen), your guess is as good as ours!

Put on your pluggers

In Australia, it’s perfectly acceptable to wear pluggers, otherwise known as thongs (flip flops in the US) in most situations — although you could be ‘taking the piss’ if you do it at work. In fact, they’re practically our national uniform. But if you see an Aussie with a busted plugger (when the connector plug between the toes comes out), run for the hills, because it tends to bring out a Hulk-like fury.

One of the easiest ways to blend in as an Aussie is by abbreviating everything you say. Your mate isn’t Steven, he’s Stevo. You’re not having a biscuit (a cookie) to help you get through the afternoon, you’re having a bikkie to get you through the arvo!

When it comes to shortening words, everyone’s favourite greasy fast food joint is no exception. McDonalds is almost exclusively referred to as ‘Maccas’ here. If you call it by its full name, you’re likely to be accused of being posh!

Have a sausage sizzle

Contrary to popular belief, we don’t say ‘throw another shrimp on the barbie’—although, we do grill the Aussie equivalent, prawns, on the BBQ. However, you’re more likely to find us having a sausage sizzle on a summer’s day. That is, eating a barbecued sausage on white bread with tomato sauce and onions. And if we can’t be bothered cooking it ourselves, we just pop into our local Bunnings (a hardware store chain) which holds sausage sizzles every Sunday. Yep, it’s a thing!

Have a Sunday sesh

Us Aussies love to drink – especially in the sun on a Sunday arvo. Whether it’s going to the local pub for a couple of schooies (schooners) of beer or accompanying your sausage sizzle with some bevvies, the Sunday sesh (session) is practically a rite of passage.

While we’re almost as friendly as the Canadians, we’re not quite as polite. Pretty much everyone – regardless of age, occupation or where they live – swears like a trooper in Australia. We do it so often that sometimes, we don’t even notice we’re doing it. Oh, calling someone the C word in Australia isn’t necessarily cause for offence – it’s often used as a term of endearment amongst friends.

Americans have trailer trash, the English have chavs and the Australian name for the unsophisticated or uncouth is ‘bogan.’ You’ll normally find them in the bush, drinking a VB beer and rocking a flannelette shirt and a mullet haircut. While it may help you fit in, we’d probably avoid doing this one if you want to make friends!

Looking for a place to stay down under? The Luxe Nomad has a couple of apartments and villas we think are perfect for you. 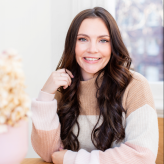 Emma Norris is a Sydney-based freelance writer, travel addict and the owner of copywriting business, Content in the City. Having lived in Ireland and Canada, Emma was bitten by the travel bug at a young age. She loves nothing more than visiting new destinations and experiencing different cultures. Emma grew up (and currently lives) near the beautiful Coogee Beach and is happiest when she’s near a body of water.

Minimalist shoes to see you through January