You may have travelled the world over and consider yourself a highly-educated global citizen, but given the fact that there are approximately 195 countries (well, make that 196 if you’re a fan of Taiwan) on planet earth, we’re pretty certain that there are at least a couple of things you didn’t know about some of these countries. Read on and be enlightened.

If you think Malaysians are impressive because of the number of languages they speak (English, Malay, Mandarin, Tamil… you name it, they speak it), then you thought wrong. Papua New Guinea trumps Malaysia in the department of ‘most-languages-spoken’. With over 850 languages used including Tok Pisin, they make the most linguistically diverse country in the universe.

We’re pretty sure this comes as a surprise to almost everyone – Afghanistan produces a whopping 95% of the world’s opium. Even 10 long years of American occupation failed to slow down the ever-growing industry. They have definitely got their business flying high (pun intended).

#3 Covers The Most Time Zones

Albeit not the largest country in the world, France bags the ‘country-that-covers-the-most-time-zones’ award. Including the Overseas Territories, this region has up to 12 time zones.

Surprise, surprise! If you thought the answer was America, you were wrong. To be honest, when we found out, we were pretty taken aback too. The Americans ain’t got nothing on the nation of Nauru – when it comes to the who’s-fatter competition, that is. Over 95% of their population is overweight. Googling Nauru yet?

#5 Largest Country With No Farms

Bah bah black sheep, have you any wool? Well, the answer is no. For the nation of Singapore, that is. With its ever-expanding modern and architectural skylines and development, it is no wonder they have little or no space for farms and forestry (yes, we are aware they have very little land, but they sure have enough space for shopping malls).

The land of Vladimir Putin is home to 25% of the world’s forests. That is even larger an area than the continental United States, making Russia the largest converters of CO2.

#7 Most Of Its Citizens Live Overseas

So they say, the grass is always greener on the other side. I guess this rings true to most Maltese. After a period of rough economic times, the nation experienced an increase in emigration. It was so significant, there are now more Maltese living across the oceans than within the country itself.

#8 Roads Made Of Coral

Believe it or not, but what you perceive as ‘sand’ is in fact ground coral, in the land of Guam. Because the country does not have any natural sand, the locals create its asphalt by mixing ground coral and oil. Not having to import sand from miles away would definitely help the government save some moolah. Talk about thinking out-of-the-box.

At the size of 0.8 square miles, Monaco is by far the smallest permanently inhabited country in the entire world. That is even smaller than the famous Central Park in New York!

Yup, it seems almost strange that a country as big as Saudi Arabia lacks the existence of fresh flowing water. If you must know, most of their fresh water comes from underground reservoir and desalinization plants.

Did we miss out on any other interesting facts, nomads? 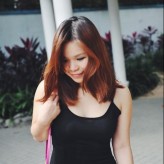 The Married Man's Guide to Packing for his Wife (and Child)

6 Luxe Forest Survival Hacks That Might Save Your Life