#1 Morning coffee? Not in Venice!

Two German backpackers have been kicked out of Venice after an ill-advised coffee stop. The two travellers set up a stove on the steps of the 400-year-old Rialto Bridge to make their coffee. The two were promptly reported to police, fined $1,000 and told to get lost.

A man at Maryland, USA’s Assateague Island beach decided that signs warning beachgoers not to touch the wild horses didn’t apply to him. When presented with the opportunity, the tourist reached out to touch a horse and discovered why the signs were there. Once pat, the horse swiftly kicked the man in the groin. The man promptly fell over and the horse walked off.

#3 Mule goes for a trot inside Israeli airport

On Wednesday, a mule was spotted wandering around the departure hall of Tel Aviv’s Ben Gurion airport. Now, animals like miniature horses and therapy pigs have flown as emotional support animals before, but this mule was unaccompanied by a travelling human. It was also unclear where it had come from as the mule had no tag, microchip or any other form of identification. Mules are typically domesticated, so it’s unlikely that this one was a wild animal.

The mule will be examined and placed for adoption if the owner is not identified.

A 5.5-inch-long American Pocket Shark is the first of its kind to be discovered in the Gulf of Mexico. The newly discovered shark species doesn’t have to try too hard to catch its prey. This species can glow in the dark, attracting their prey to them.

#5 Be careful what you drink

Twenty people have died while consuming alcohol tainted with methanol since early June while on the island of Costa Rica. A total of 41 people are believed to have drunk the contaminated liquor, and over 30,000 bottles of alcohol have been confiscated for fear of further poisoning. 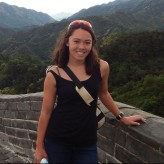 Our predictably unpredictable adventure nomad, Elisabeth is the yogi who wants it fast, the ultra-runner who prefers taking a hike, and the swimmer with a fear of lap pools. A consummate lover of all things outdoors, she’s on a perpetual quest to get those around her outside and moving.

Villa of the Week: The View Samui

10 Crazy Facts About the World You Wouldn’t Believe

Guy’s Guide: How To Do Venice Like A Venetian

Guy’s Guide: Travelling In Italy Like A Famous Writer