Bad news: for the love of all good things good and sushi, you’ve probably been making a couple of key mistakes when eating it. In Japan, every meal is a ceremony. For starters — and no pun is intended here — you’re meant to start with white fish, then silver, and work your way up to the red and the fattiest fish.

And for dessert? Egg nigiri. Traditionally, the sushi chef takes your sushi order, while the waiter is there to assist with drink orders. When it comes time to tip, don’t. Instead, buy your sushi chef some sake and have a glass with him. Here’s what else you’ve been missing: 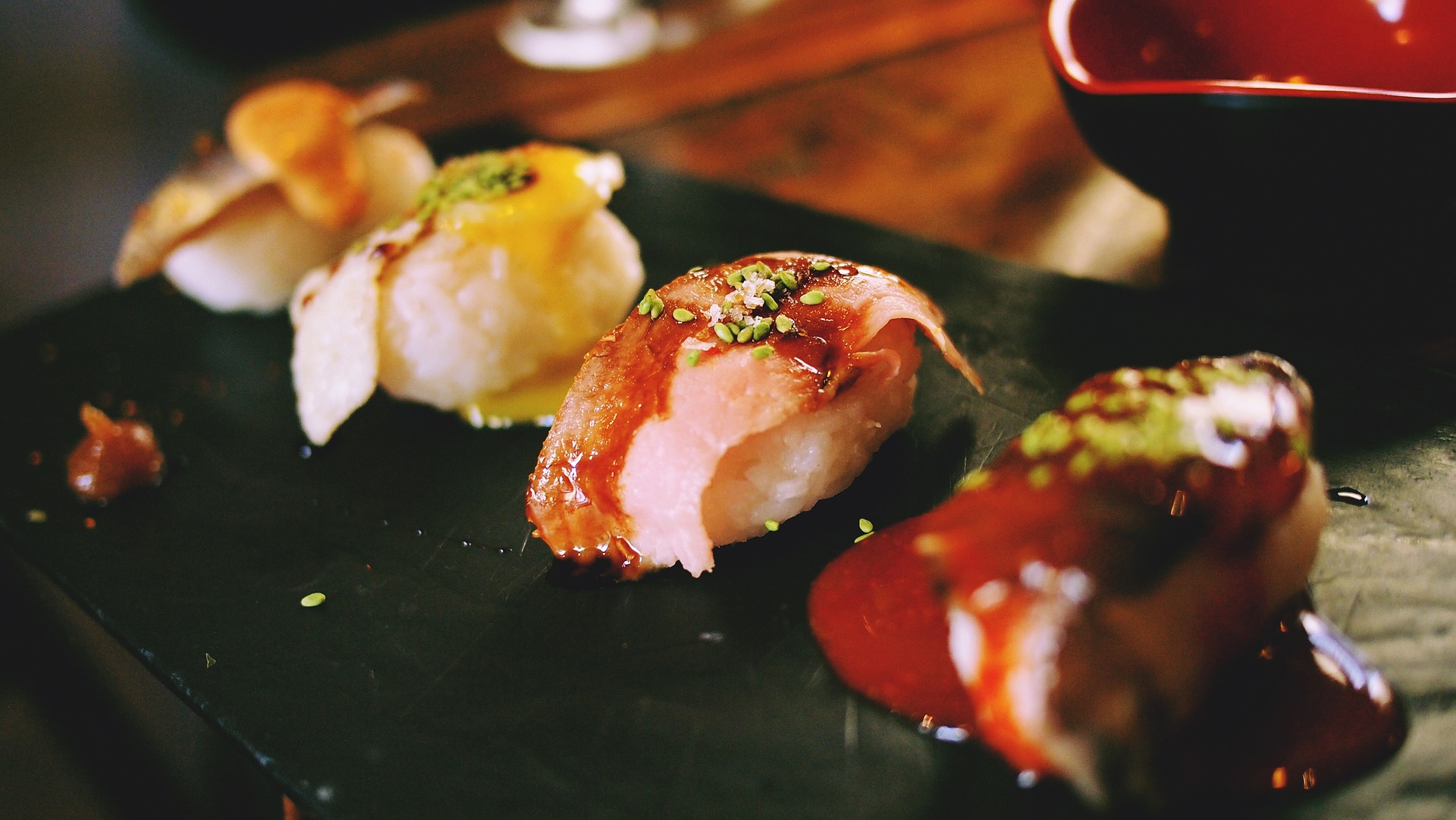 Every bit of your sushi is prepared carefully and expertly at the hands of the sushi chef, and the rice has just as much importance placed on it as the fish itself.  If something is presented to you with soy sauce drizzled over it, don’t dip it in more. Enjoy it as its meant to be. 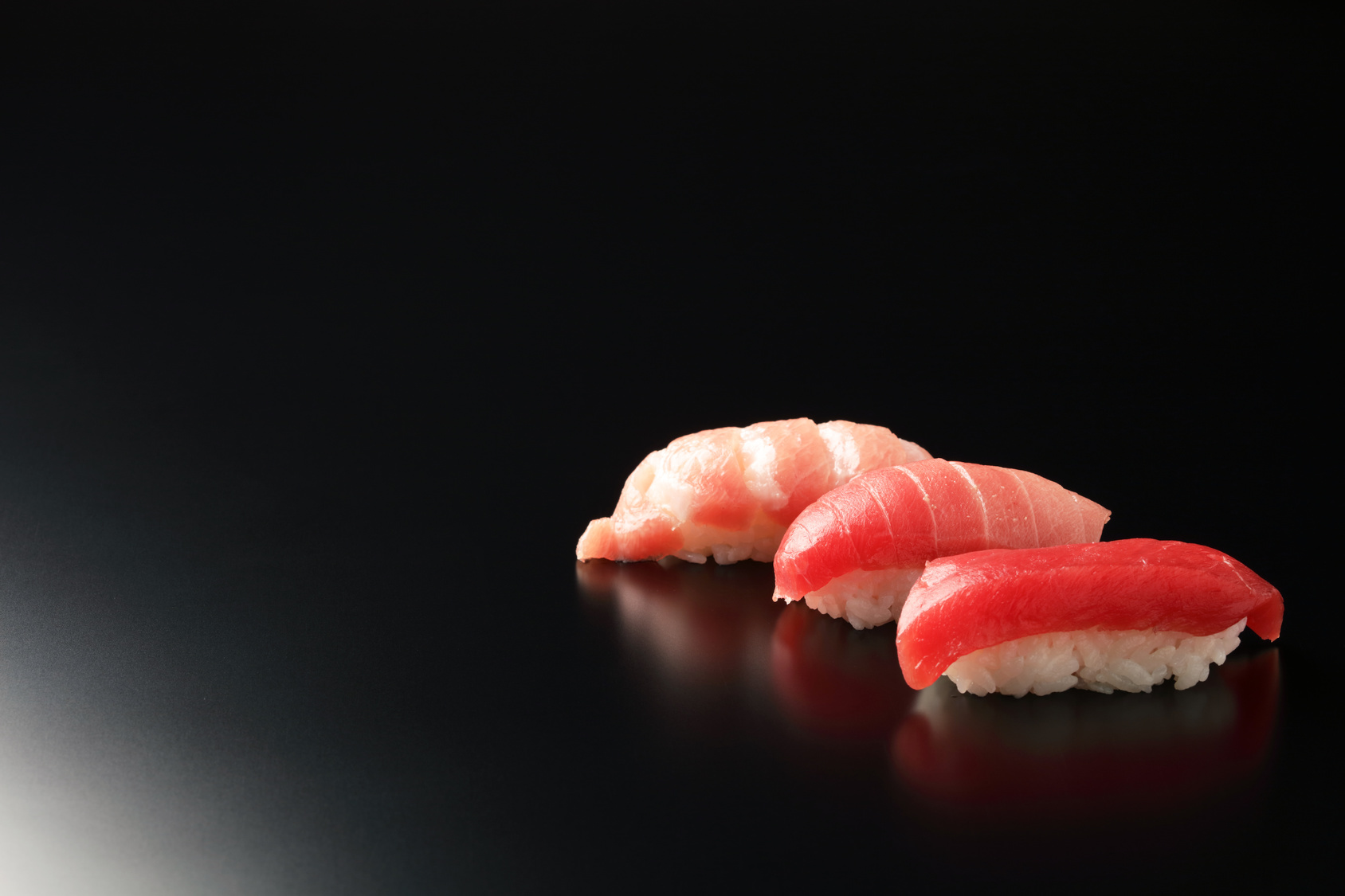 There’s one way to get rice in your soy sauce and have your entire sushi fall apart, and that’s by dunking it into your sushi, rice first. In fact, the two elements should never meet. What you should do is dip your fish lightly into the sauce for just a hint of taste. Eat your sushi with the fish side of the sushi placed on your tongue to fully appreciate the freshness and flavour of the fish.

#3 Use Your Hands to Eat Maki 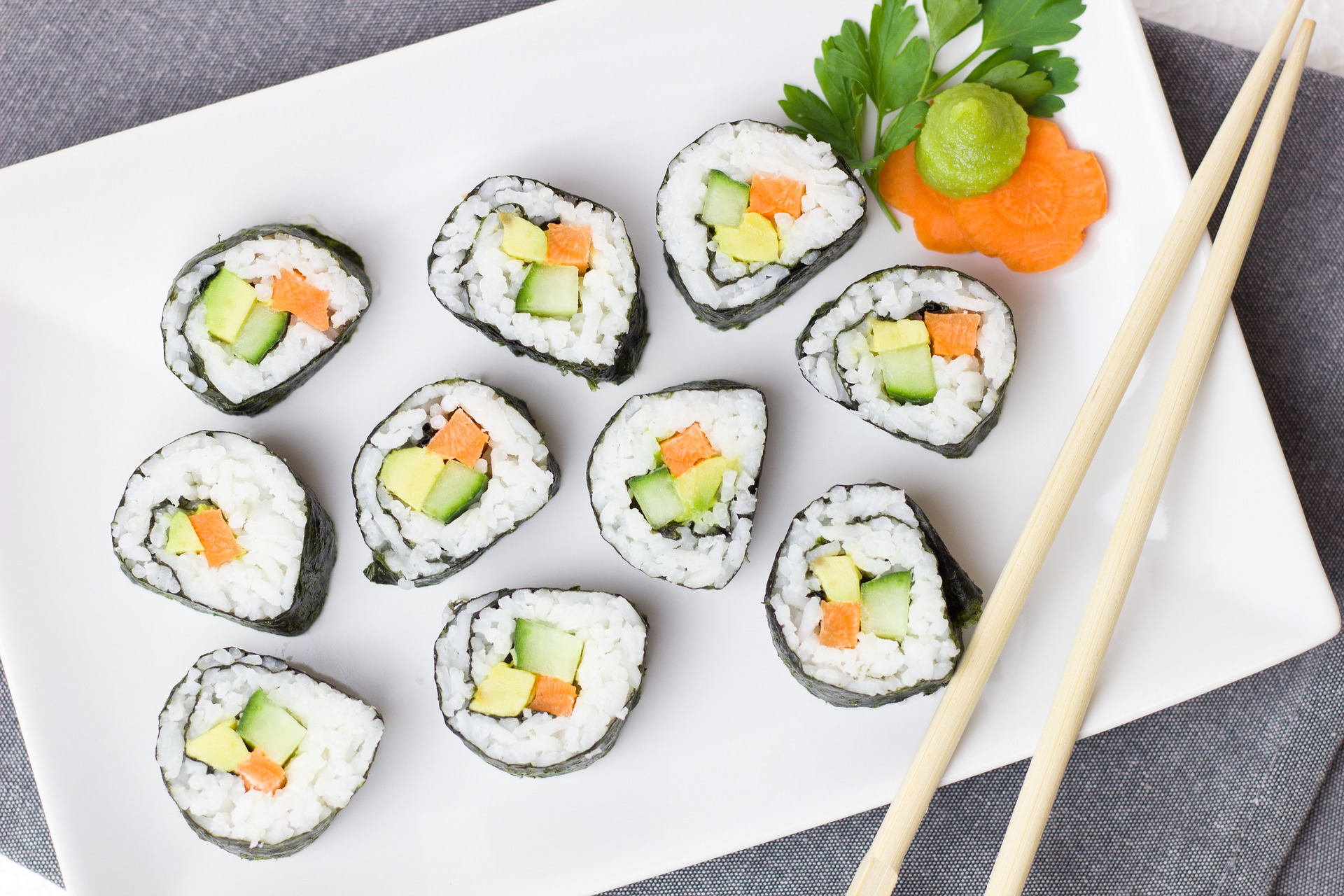 It’s actually okay to eat any sushi with your fingers because it’s meant to be served to you in the chef’s own perfect form, and picking the pieces up with fingers rather than chopsticks best preserve these forms. Because maki is bigger than most sushi, it’s more common to eat them with your fingers, so don’t let anyone make you feel barbaric. And that, is the reason warm towels are given to you at the start of your meal.

#4 Never Mix Your Wasabi and Soy Sauce Together 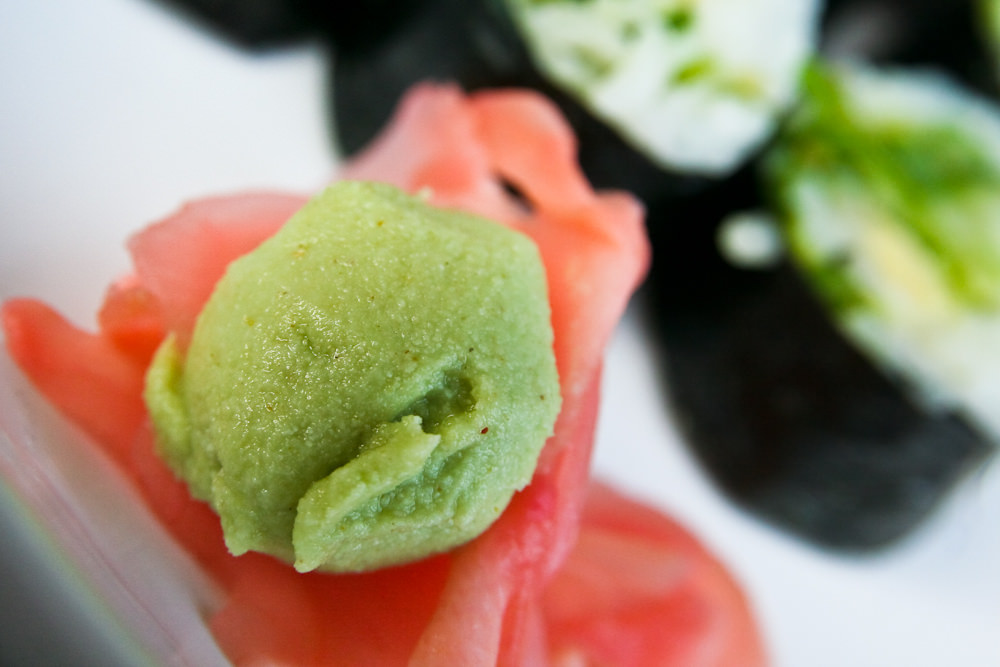 Even if it just tastes so good for dipping. What you’re meant to do is a dab a tiny bit of wasabi on top of your sushi, keeping in mind rule #1; the sushi chef has already included the right amount of wasabi between the fish and rice.

Fun fact: We don’t mean to burst anyone’s bubble here, but most restaurants outside Japan serve powdered wasabi made of dried horseradish, mustard seed, corn filler and E numbers, mixed with water. In Japan, you’ll commonly get the real wasabi made of wasabi plant.

#5 Eat Your Sushi in One Bite

What makes each piece of sushi truly perfect is the ratio of fish and rice, painstakingly crafted to complement each other. It’s meant to be eaten whole but if you find that the sushi is just too big, a quick word with the chef will have him prepare your next round of sushi in your ideal bite size. This probably won’t work in your sushi chain restaurant, though.

#6 Don’t Forget About the Ginger 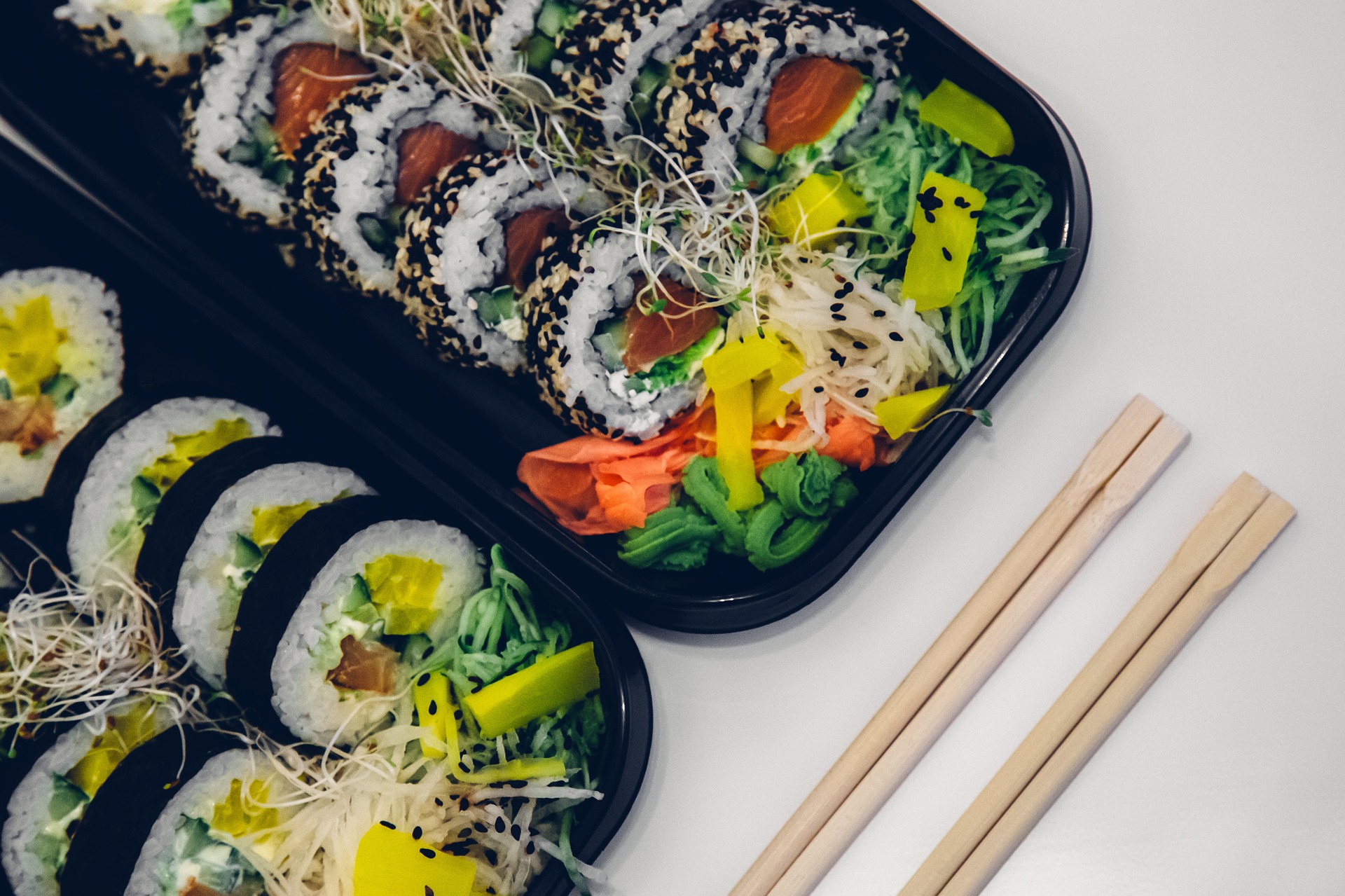 Pop them into your mouth in between to refreshen your palate! You can also use your chopsticks to dip the ginger into soy sauce and brush it gently over your sushi for a light flavour.

Fun fact: Really high-quality ginger is pale and white. The pink stuff you get elsewhere is pre-made ginger with food colouring.

An appetite for travel? We can help with that.