Heading to New York City this year? Here are seven Broadway musicals (ongoing and upcoming) you shouldn’t miss when you’re in town. Time to get your song and dance on!

Read also: 5 Places to Get the Best Late Night Food in New York

If you have already seen the Tony-sweeping musical sensation – well, lucky you. Tickets are still hard to come by, and although the original cast has departed the show, critics still herald it as breathtaking and groundbreaking as it first opened. But fret not, there are still ways to snag a ticket to the hottest musical in town.

Based on a passage from Tolstoy’s War and Peace, this acclaimed musical opened late last year, and is seen as one of the best and most innovative musicals since Hamilton – similarly, it places a contemporary lens on history, and Josh Groban shines in his Broadway debut as Pierre. Fans of Groban will want to be quick, though because come July, Okieriete Onaodowan (who played Hercules Mulligan and James Madison in Hamilton) is set to take over the role.

Andrew Llyod Webber’s Sunset Boulevard is back on Broadway, and Glenn Close resumes her role as Norma Desmond, a faded actress living in her past and dreaming of stardom. Close, one of the finest actresses of our generation, is still as brilliant as ever, and the musical, originally slated to run until 28 May, has just been extended – it will now play through 25 June 2017.

Another exciting new name on the block is Dear Evan Hansen, which opened to great reviews and booming advance sales. It revolves around Evan Hansen, a shy teenager navigating through high school, and the viral lie that turned him into a social media sensation. The original Broadway cast recording debuted at No. 8 on the Billboard 200, becoming the highest charting cast album since 1961.

One of Broadway’s most-loved musicals soon returns and is already looking to be a hit with Bette Midler starring as the title character of Dolly Levi. Even the composer for the show, Jerry Herman, who’s 85 and doesn’t travel much anymore, is determined to make the opening.

#6 Charlie and the Chocolate Factory

After its run on West End, the musical based on Roald Dahl’s classic novel is making its way to Broadway. With a chocolate garden, an army of squirrels and the curiously peculiar Oompa-Loompas – a fun evening is guaranteed with Charlie and the Chocolate Factory.

Based on the 1997 animated film of the same name, the highly anticipated Anastasia musical is directed by Tony-winner Darko Tresnjak. And by the looks of its successful run on Hartford Stage last year, it’ll be a charming galore of whimsical music and beautiful costumes, coupled with a moving tale of love.

Don’t forget to book one of our stylish NYC apartments for your stay!

Dramatic views to wake up to. 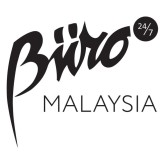 Did you catch these New York spots in Ocean’s 8?

Ask an expert: where a fashion designer shops in New York