What: Lonely Planet released a new book chronicling their best food experiences in the world, with the top ten being named by some of the world’s top chefs. Number one on the list was pintxos in San Sebastián, Spain, which, okay, fair play. But more importantly, number two was curry laksa in Kuala Lumpur! Finally, curry laksa gets its due. Now just wait for the hordes of tourists to descend on Madras Lane. (For reals though, Lonely Planet. Have you tried bah kut teh?)

#2 And the world’s most liveable city is…

What: Vienna! The Economist Intelligence Unit unveiled its Global Liveability Index for 2018, and Vienna topped the list, making it the first European city to do so, ever. It beat defending champion Melbourne, who’ve held the title for seven years running. The Index ranks 140 cities according to a number of categories: education, healthcare, crime and social/political stability. Brb, moving to Vienna.

#3 This single dad wore a dress and made us cry

What: In Thailand, Mother’s Day is celebrated on August 12, and schools commonly mark the occasion with a ceremony where children kneel at their mothers’ feet to thank them. Single dad Chatchai Panuthai didn’t want his two sons to feel left out of the ceremony because their mother couldn’t attend, so he wore a pink lace dress and – great eye for detail – a hairbow, and sat in her place. Tears! The whole thing was chronicled on Facebook and later on Buzzfeed News.

#4 The world’s best pastry chef is headed to London

What: Chef Albert Adrià (yeah, that Adrià) (brother of Ferran) (also officially best pastry chef in the world) will be launching a permanent site at Hotel Café Royal London this November. It’s called Cakes and Bubbles, and will be his first permanent spot outside Spain. What to expect? Some of Adrià’s best work, including his famous ‘Tickets’ cheesecake, Airwaffles with caramelised banana, chocolate ninyoyaki cake balls, and more. And of course, the ‘bubbles’ in the name – a variety of Champagnes and sparkling wines.

Read also: How to have the best summer in London

In case you missed it

It’s Crazy Rich Asians week! The movie came out on August 15 in the States, and will be in cinemas August 22 for Malaysia and Singapore. We did some detective sleuthing on the real-life Malaysian and Singaporean locations you can spot in the film, confessed our undying love for Henry Golding, and told you all about how you can live that Crazy Rich Asian life for yourself.

We’ll never tire of talking about this beautiful villa, especially as it now has one extra claim to fame – Crazy Rich Asians’ Harry Shum Jr stayed here (more about that here) and loved it. Because really, what’s not to love? Read all about the villa here. 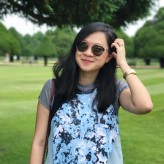 5 new Kuala Lumpur bars for the best night out

6 Koh Samui beaches and why we love them