#1 Donald Trump is going to love this (not!)

What: In the biggest no-holds-barred (and non-violent) stunt against Donald Trump this year, anti-Trump Londoners are planning to fly a 6m-high balloon bearing the US president’s likeness… as a baby wearing diapers. The blimp will fly up to 30m above ground for two hours on Friday, 13 July at the protest march that will coincide with the US president’s visit. It took some persuading before London Mayor Sadiq Khan approved of the balloon, but his office maintained that the protest organisers must receive approvals from the police and air traffic officials before Trump baby sails.

What: It’s very simple: you sing karaoke to keep the taxi moving to your destination. The Fortum Singalong Shuttle aims to promote clean energy by shuttling visitors to the Ruisrock Festival in Turku in BMW i3 electric cars from 6 to 8 July. A sound metre tracks the noise level in the car, so you need to sing your heart out – it’s just what we practised. It may only be a temporary feature, but it’s an idea we’d love to see incorporated across the world. The future of travel currency is here.

#3 Streetwear for your trip to Mars

Where: Um, potentially on Mars?

What: Someone call Elon Musk; we think we found the perfect wardrobe for him. Fashion designer Heron Preston collaborated with NASA to produce a ready-to-wear collection to celebrate the organisation’s 60th anniversary. It also serves as a reminder that space waste, if not managed, will put the future of space travel at risk. The collection is out on SSENSE now and some items are already selling out.

What: The Chinese government is warning its citizens about the dangers of visiting the US given the latter’s frequent gun violence. In a statement posted by the embassy, it also cited expensive medical expenses and natural disasters as risks tourists would take in the US. The embassy has advised people to “be alert to suspicious people around you” and “avoid going out alone at night.” Intense.

What: A new exhibition will be unveiled when Buckingham Palace opens to visitors this summer from 21 July to 30 September. Prince and Patron will feature over 100 artworks selected by Prince Charles, which will include portraits of royal family members from his private collection. Among them are never-seen-before paintings of his sons, Princes William and Harry, by artist Nicky Philipps.

New on The Luxe Nomad

What: You’re going to want to see every corner of our two new villas in Koh Samui. YO Villa and Kya Beach House are just by the beach, so you can expect amazing views of the sea, but what we really love about these two properties is that they are just stunning by themselves. Ready your cameras – you won’t stop taking pictures of everything while you’re there. Read more about them here. 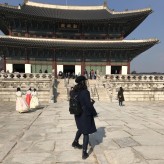 How to get the most out of Bali's best beach clubs