Welcome to Bali‘s coolest village. Canggu hasn’t been on the travel radar for very long, but it’s already garnered its spot in the list of Asia’s best surf spots, as well as the address for some of the island’s best cafes and shops. You could say it’s new Seminyak! The villas in Canggu have that authentic Balinese design you expect from Ubud, complete with views of river valleys and paddy fields. Bookmark these villas and start imagining your trip: 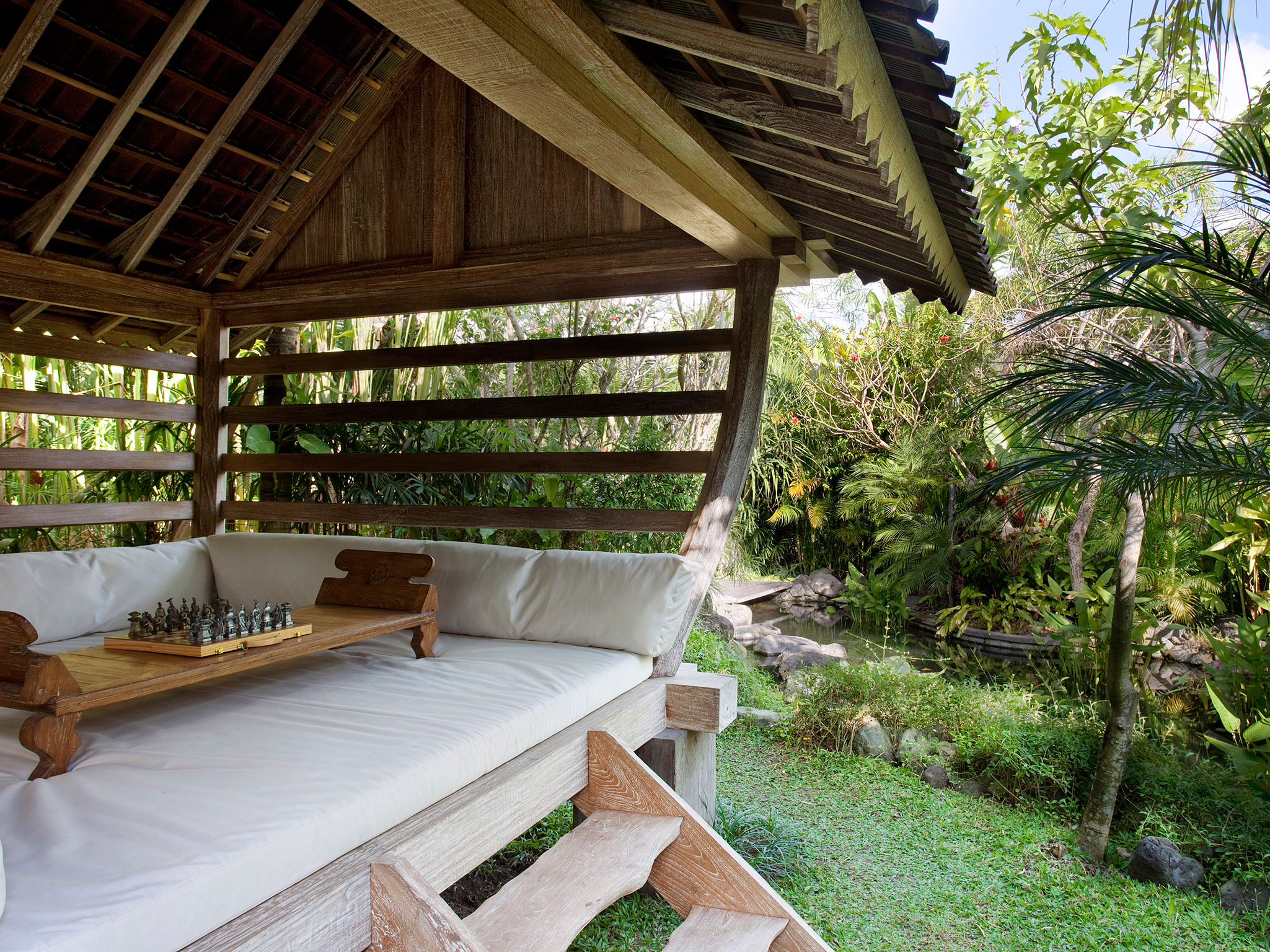 Best thing about it: The giant chess set (note: not the one pictured above).

This villa was once a century-old traditional Javanese teakwood home that has since been re-assembled and spruced up. It’s perfect for couples, with 1-bedroom villas that practically promise privacy. Every villa comes with a two-person river rock bathtub for midnight soaks under the stars. 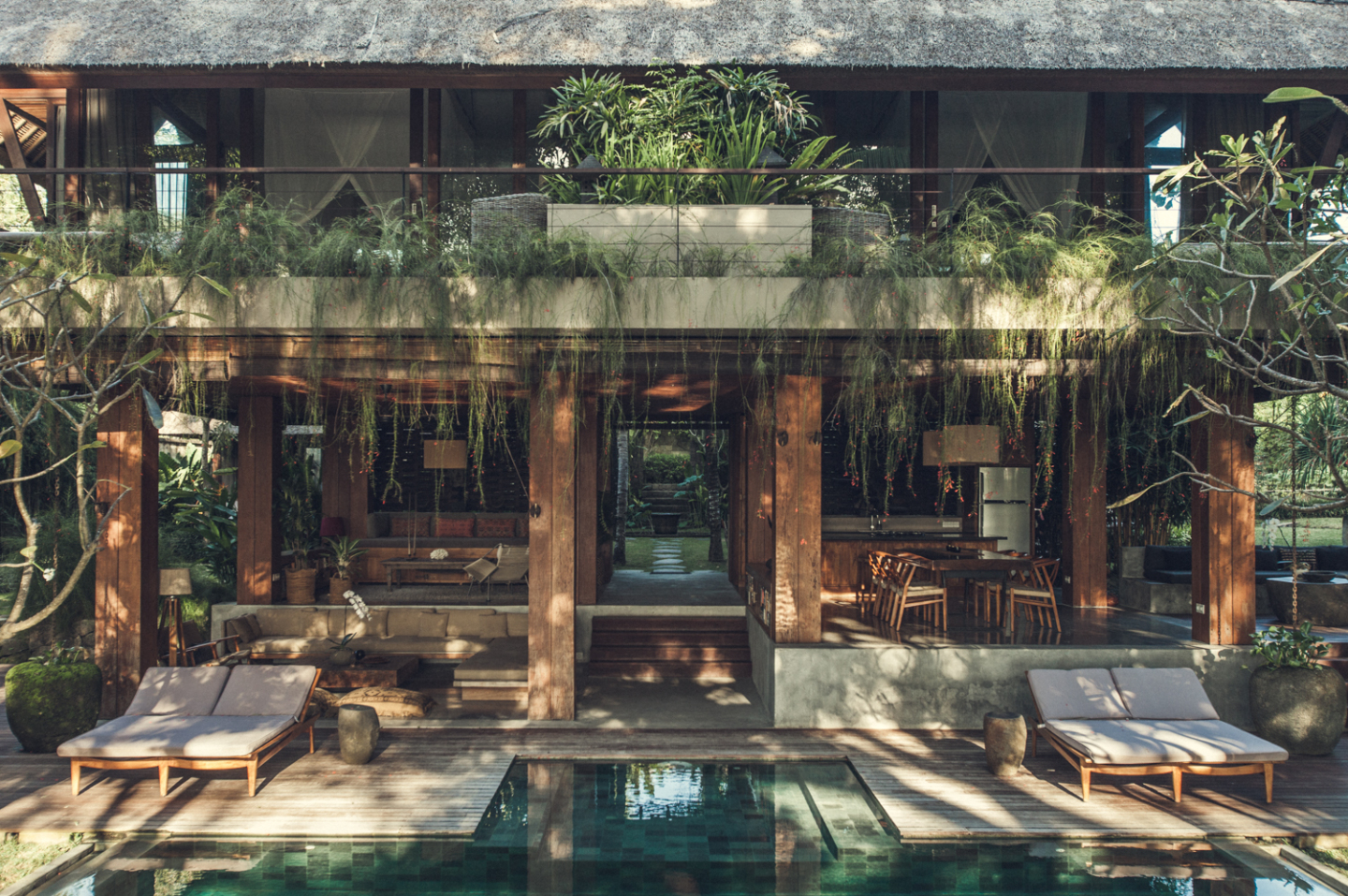 Best thing about it: Their VIP concierge service that helps guests plan out tours and other activities.

Definitely one of the most tastefully decorated villas, RedDoor just has that young, cool feel about it. Each one of the four master bedrooms affords views of the greenery beyond. You’ll also have a butler and personal chef ready to make your stay as comfy as you could want. Up to ten very lucky guests can shack up here. 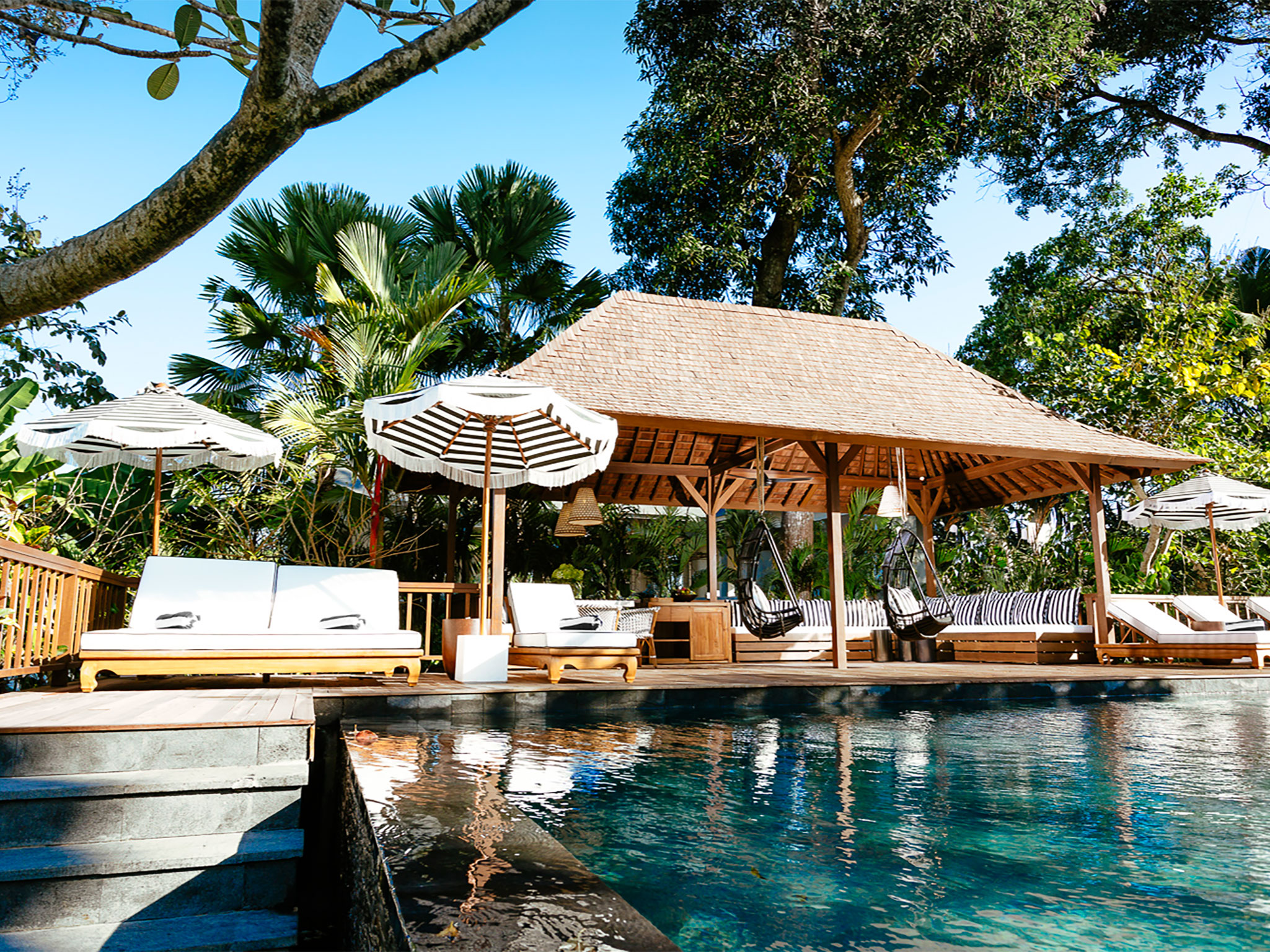 This beautiful 5-bedroom estate is touted as one of Bali’s best, thanks to its contemporary meets traditional aesthetics, fine dining, 24-hour butler service and private spa. They’ve even got a natural spring that provides water to the nearby village, and has inspired the design of the villa. 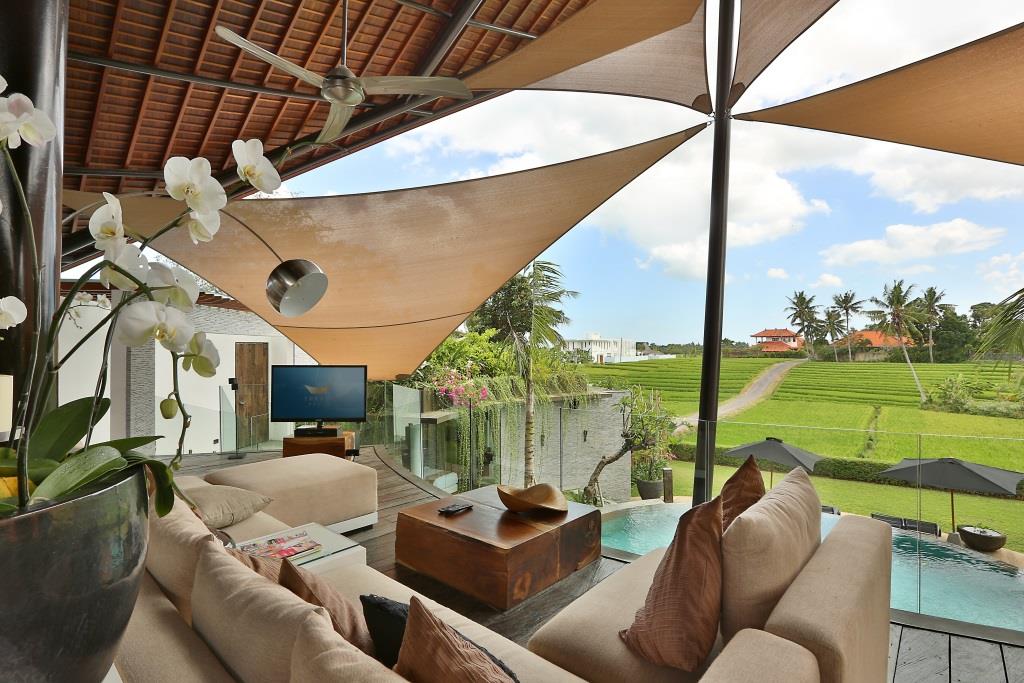 Best thing about it: The equipped bar and state-of-the-art entertainment system. You know what to do.

Toroja Villa is a more modern pick in our list of classic, traditional villas, but it hasn’t escaped the charm of Canggu. The villa has a high Indonesia Toroja roof that makes it hard to miss (you’ll never get lost) and all around are gardens and green terraces. There are four bedrooms all designed to look light and airy, with flat screen TVs and ensuite bathrooms. 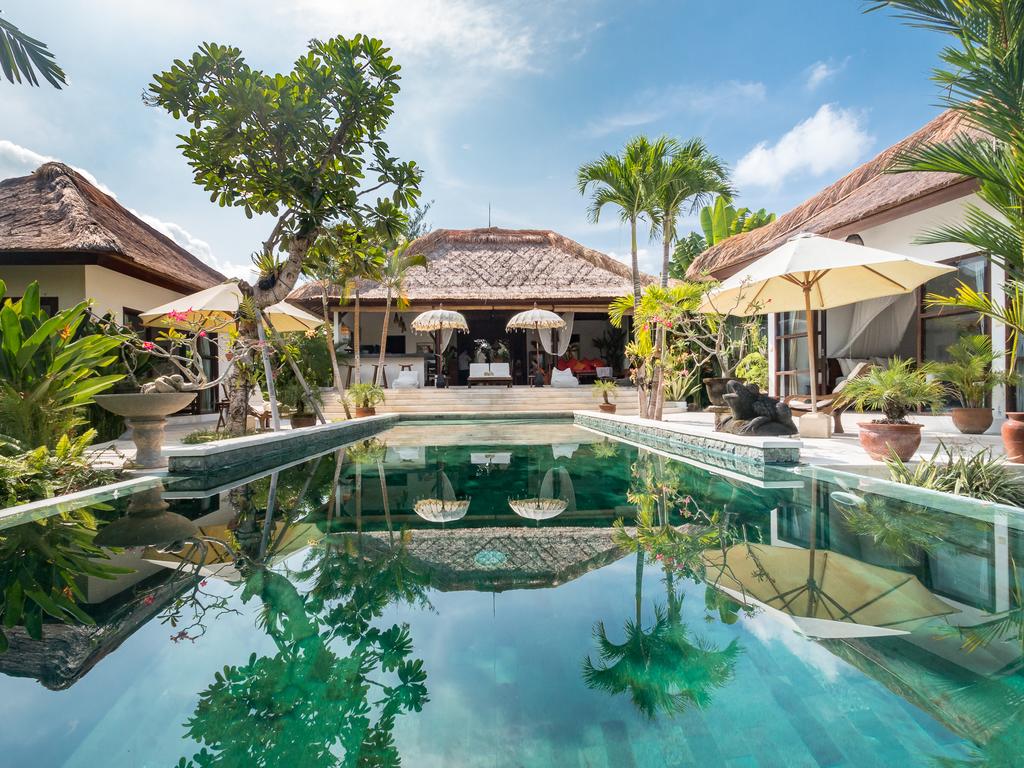 Best thing about it: Getting to call dibs on the master bedroom in its own standalone pavilion.

Located in the heart of the rice fields, this villa is flanked by three thatch-roofed pavilions and a huge terrace for sun-bathing. Perfect. Expect rain showers, a fully equipped kitchen, and a living area that doubles as an entertainment space. There are three bedrooms in total, all of which look out to that gorgeous blue swimming pool.

Buy yourself something pretty.