Some people scoff at the idea that Banksy’s name should be as high up there as Vincent Van Gogh or Damien Hirst. But there’s no denying it: Banksy is one of the most famous artists on the planet today….and we don’t even know who he really is.

As a matter of fact, not much is known about the mysterious street artist, as his identity has been kept under wraps since the early 1990s. It is thought that Banksy keeps his identity a secret to avoid prosecution for painting his murals on public buildings—an issue street artists are all too familiar with. And to make things more difficult, government officials in many cities ask workers to remove any street art or graffiti as soon as they appear on a building; though in recent years, some cities like Bristol and London tell workers not to remove original Banksy pieces, given their worth.

Read also: Get That Shot: The Most Photogenic Places in London. 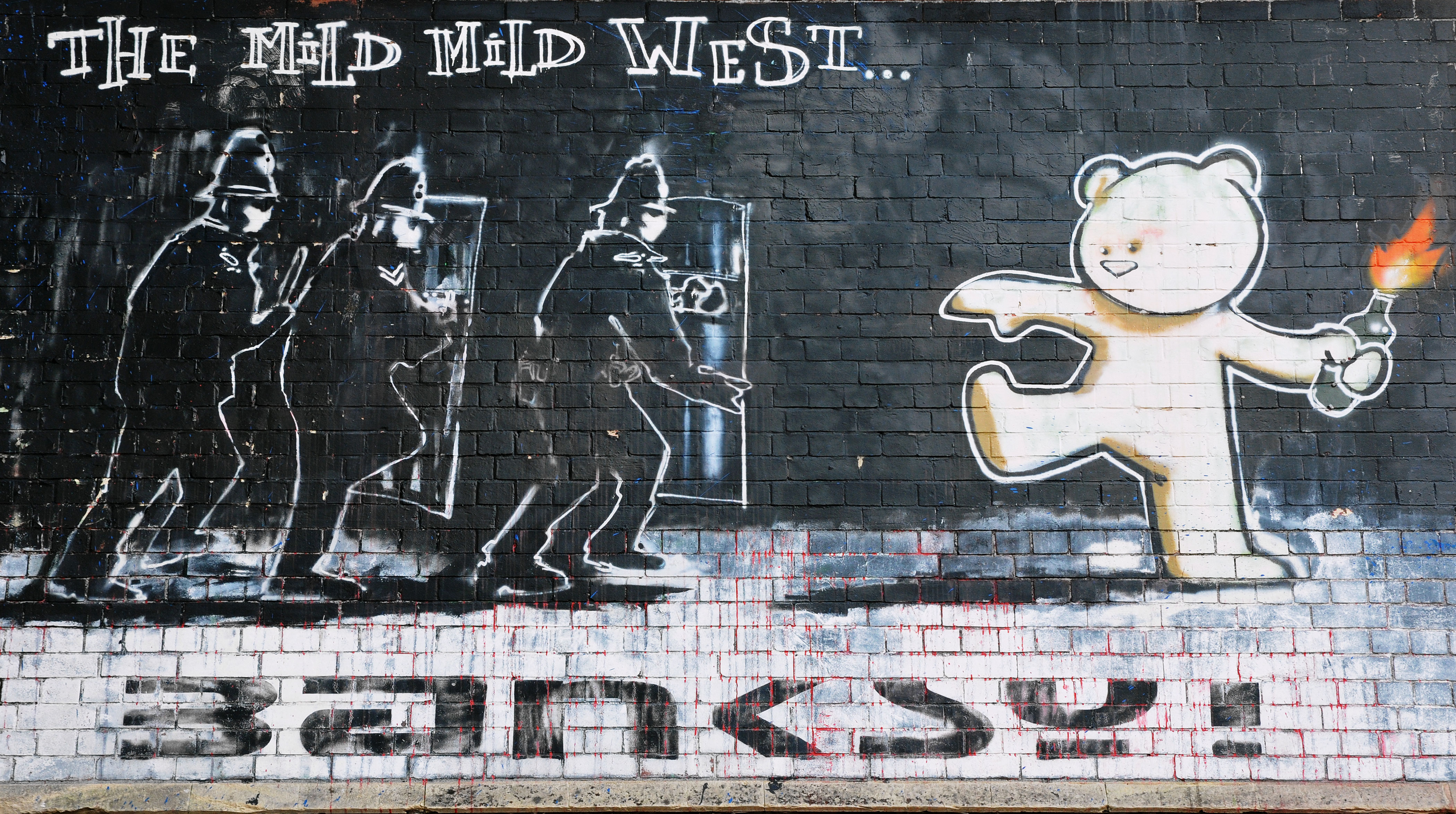 Banksy’s pieces can sell for up to the millions and have reached record-breaking sales in art actions like Bonham’s and Sotheby’s. But when it comes to his street art, his pieces are essentially priceless, as the originals cannot be framed or hung up on a wall. Because of this, avid-Banksy collectors consider finding his street art serious business; but finding an authentic Banksy piece in a city can be like finding a needle in a haystack (or more like a realistic version of Where’s Waldo?) 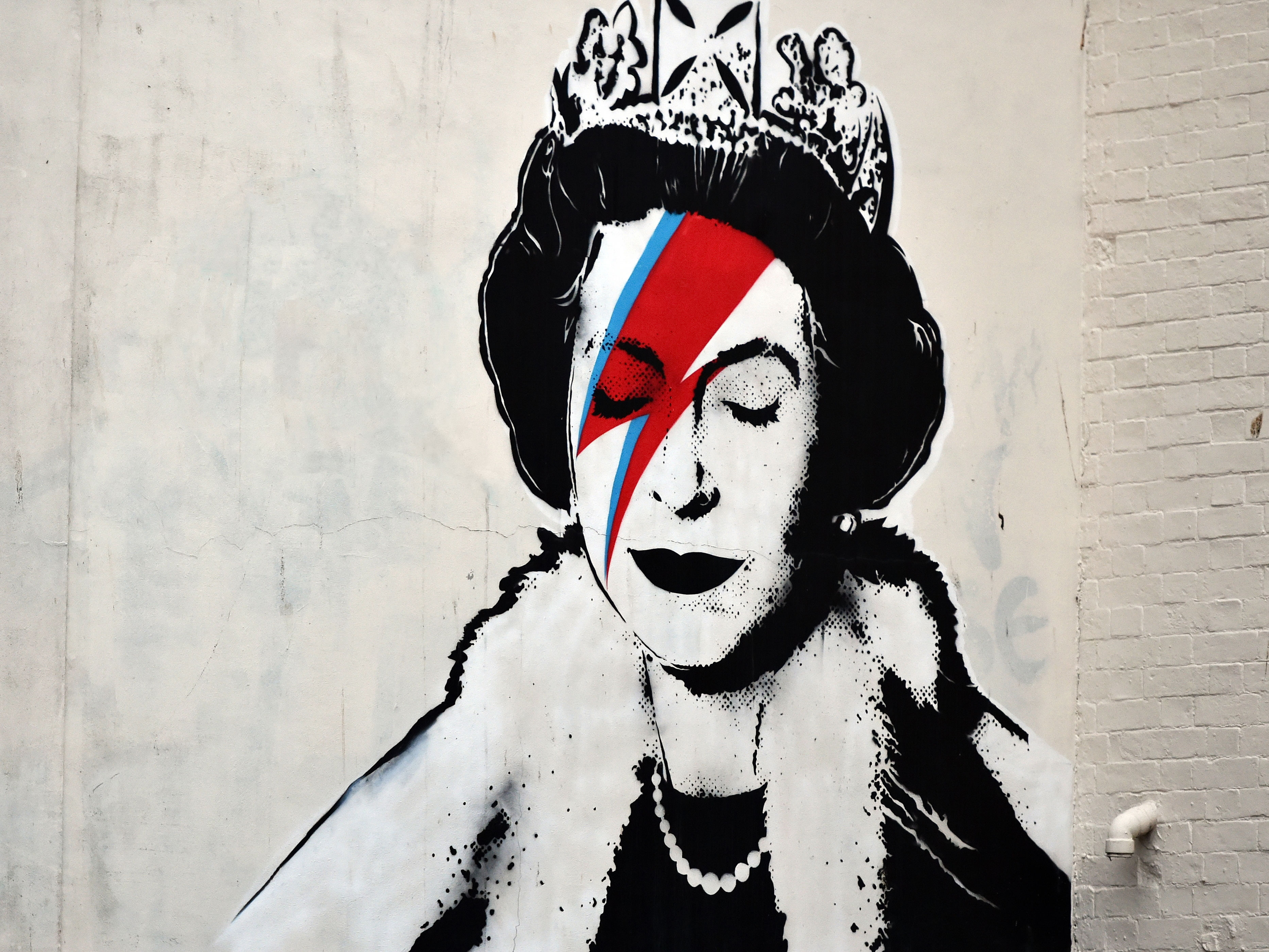 How to Spot an Authentic Banksy Piece

Normally Banksy’s street art pieces portray various political, philosophical, social or economical messages with a combination of satire and dark humor. Most of the time, his stencils feature people or animals doing something unexpected, interesting or incredibly funny (like two police officers kissing, a man hanging naked outside a window after his lover’s husband arrives home, etc.)

Banksy’s street art normally stands out from the rest as he’s known to use multi-layered stencils, and sometimes even spray paint. He often places his work on important buildings or landmarks, (like on a wall in the West Bank of Israel, or near the London Bridge and Houses of Parliament), but it’s not uncommon to find a random Banksy piece off-the-beaten-path either (such as behind a security fence, on a police headquarters building, and even on a parked steam roller!). And whenever a new Banksy street art piece pops up in a city, you can always count on there being hoards of people surrounding it and snapping photos with their phones, just in case it’s removed the following day. 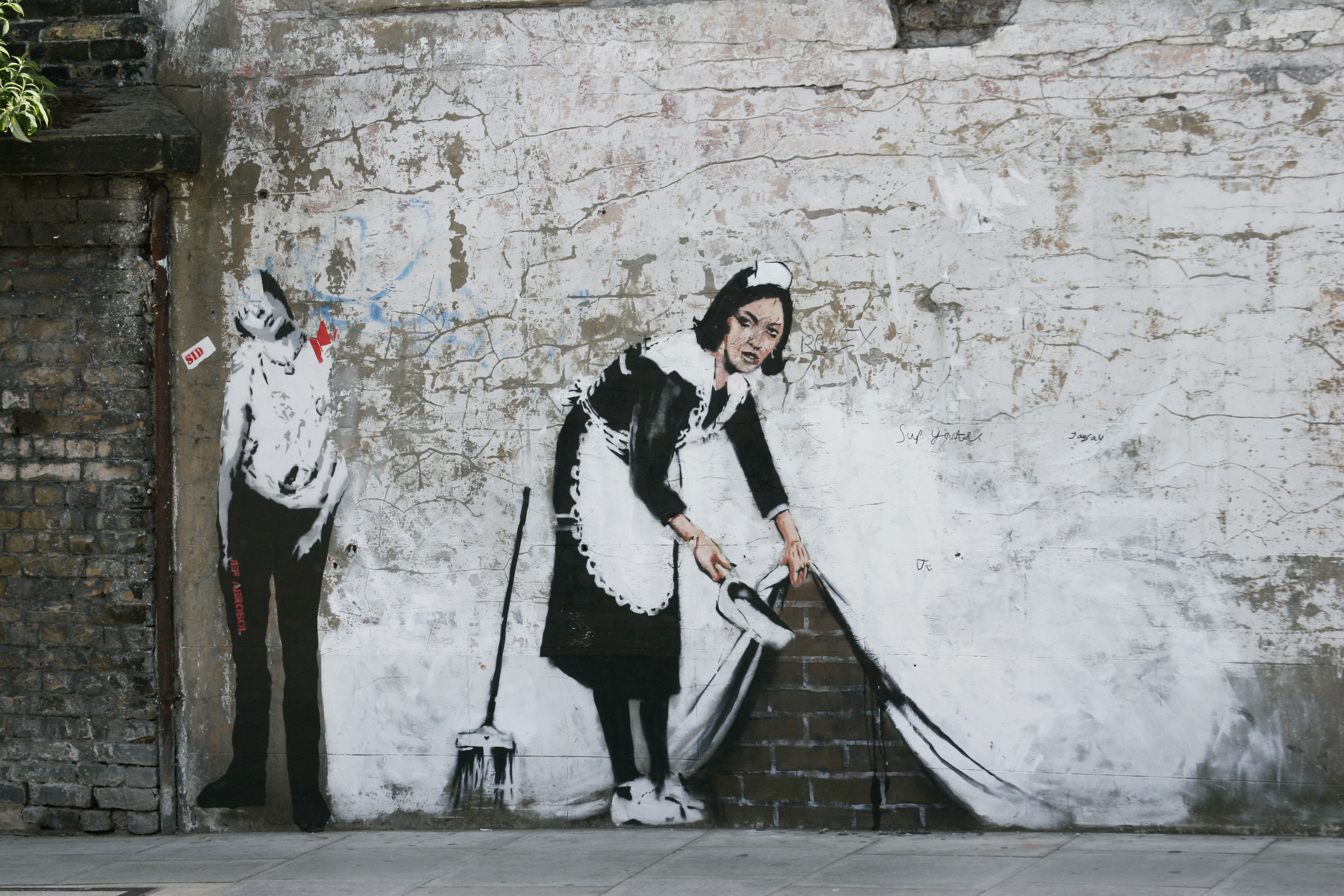 Which Cities Have the Most Banksy Street Art?

From London to Brighton, to Los Angeles to Hamburg, Banksy has been known to create pieces in major cities all around the world.

London quite possibly has the highest number of Banksy pieces, especially near North London and Shoreditch. Leake Street, in particular, is home to so many Banksy pieces, it’s even been coined as “Banksy’s Tunnel” over the years. Unfortunately, many of Banksy’s street art pieces in London have been removed over the years, so if you really want to catch a glimpse of an authentic Banksy piece, your best bet would be to go on a London street art tour.

Bristol is another city loaded with a ton of Banksy pieces, so much so that experts believe Banksy might even be from there, (or at the very least, lived there at some point). There are a ton of original Banksy creations to be discovered just north of Cabot Circus, as well as his famous “naked hanging man” piece on Park Street; (although it was vandalised with blue paint a few years ago, you’ll still be able to see it when you’re walking along the sidewalk).

Banksy has also put up various pieces of his artwork in major cities all around the world, with sightings in Melbourne, Los Angeles, New Orleans, Jamaica, and even Mali!

But if you really want to dig deep and discover Banksy’s latest street art, head to his official website, as the artist regularly posts updates on his most recent street art pieces around the world.

Where to Travel in April: Koh Samui, Japan, Athens & More

This Week in Travel: The robot revolution stumbles