Ironically, the more you work, the less you get done, says Forbes, such that companies have been giving their workers unlimited vacation time and up to $7,500 spending money to take a proper holiday.

Although you might not want to bring this up during a board meeting, there’s no saying that you can’t ‘accidentally’ forward this to your boss. Here are 5 reasons why your company should give you unlimited vacation time and sponsored holidays.

Your employees could take the whole year off, but they don’t, in fact, they will probably take less than what they were originally given. It’s a move by the company to show that they trust their workers. With more trust, there’s greater communication and a healthier working environment.

Companies (who don’t pay hourly) pay for intellect and productivity. “We’re paying you for your mind. What makes you more productive is what you should do,” says Phil Libin of Evernote, where unlimited vacation time and sponsored vacations were implemented early in the game.

Fun fact: Other than Evernote, TED gives its employees a mandatory 2-week vacation and Airbnb gives workers a $2,000 travel credit.

If you’re forced to take a vacation and you know you won’t be available, you document things, share knowledge and have back-up plans. You no longer work as a solo entity, but as a group, as all successful teams should. Vacations makes organisation better so that the office can function with any amount of missing members.

ThinkPARALLAX, a creative agency in Southern California gives each employee $1,500 a year to go anywhere in the world. Catch is, you have to go somewhere they’ve never been, and they have to go between September to December.

Anna, a project manager who went to Macchu Picchu wrote that her journey inspired her to get out of her comfort zone, take risks and look at my surroundings and resources in a new perspective. Her co-founder has since noticed a direct translation to her performance at work.

Instead of paid sick days where no one benefits, incentivised vacations help people disconnect and relax, benefit and bring down the number of sick days.

Research shows that if you consistently work more than 40 hours a week and don’t take vacation, you become ill, your family is negatively impacted and your productivity goes down.

Related: The Best Time to Visit Maldives: The Ultimate Guide

What would you give for sponsored holidays, nomads? 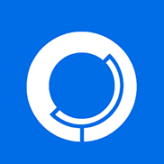 Are you a serial traveller? 13 signs that prove you are.